SEE: SA politicians and celebs get in on FaceApp fun 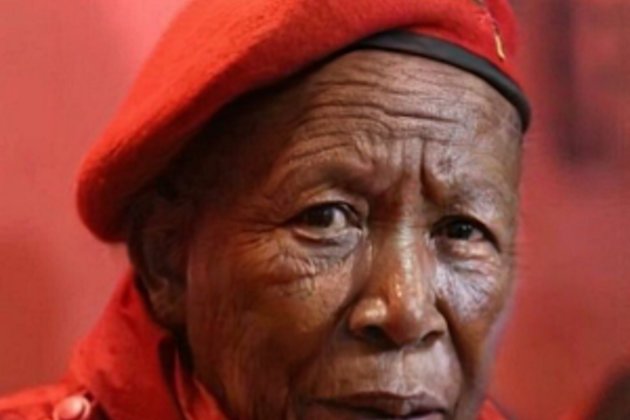 The possibility of handing over their faces and names to recently trending FaceApp have not deterred people from getting in on the fun.

The app, which allows users to change their faces to make themselves look either young or old, has swept through social media platforms this week, despite being two years old.

Powered by AI, the app has more than 80 million active users, according to its website, but that number has now almost doubled, according to reports.

Celebrities try the FaceApp challenge and the results are hilarious

Politicians and local celebrities have warmed up to the app, as they continue to share their "old-age photos" even with the threat that it now "owns over 150 million people's faces and names".

According to FaceApp's user agreement, it owns a never-ending, irrevocable royalty free licence to do almost anything it wishes with it.

Joining in on the fun were some South African politicians and celebrities.

Here is a wrap of some well-known South Africans who have used the app.

DA MP Phumzile Van Damme was somewhat pleased there was a possibility she would look like her grandmother.

EFF MP Naledi Chirwa had her old-age profile all sorted out when the app revealed how she would look in years to come.

Idols judge Somizi Mhlongo took to Instagram to share his "older version" and it seems it is a version he is looking forward to if his caption on the post is anything to go by.

Miss SA 2017 Demi-Leigh Nel-Peters, media personality Maps Maponyana and The Voice SA host Anele Mdoda also got in on the fun all with different reactions to their predicted old age looks.

GET THE NEWS at your fingertips and download the News24 app for Android here now. Get it for your iPhone here.

WASHINGTON, DC - U.S. President Donald Trump claimed Sunday that his lawyers "absolutely shredded" Democrats' case that he should be ...

WASHINGTON, DC - A blueprint the White House is rolling out to resolve the decades-long conflict between the Israelis and ...

DELHI, India - Five people have been killed in a building collapse in the Indian capital of Delhi. Another 3 ...

WASHINGTON, DC - Thirty-four U.S. service members have been diagnosed with concussion and traumatic brain injuries as a result of ...

BEIJING, China - The death toll and infected rate from the Wuhan coronavirus in China has increased dramatically, while the ...

Etihad takes delivery of 38th Dreamliner, with a new twist

CHARLOTTE, North Carolina - General Motors is to open a new technical center focused on performance and racing in the ...

DENVER, Colorado - The U.S. Federal Aviation Administration (FAA) has issued a Finding of No Significant Impact/Record of Decision for ...

DUBLIN, Ireland - The importance of the tourism industry to Ireland has been highlighted in a report which has examined ...

SYDNEY, Australia - Shares in China dropped sharply on Friday as two populous cities in the country went into lockdown ...

The Hunt for Red October