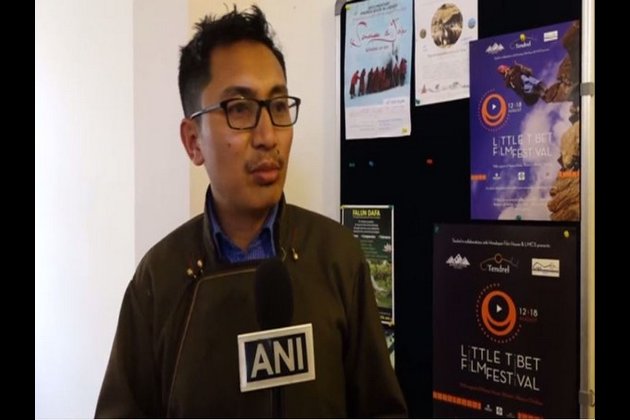 The festival will showcase internationally acclaimed films to highlight the rich and varied culture and traditions of Ladakh.

M.P Jamyang, who inaugurated the festival on Tuesday by lighting the lamp, pressed upon the fact that these kinds of festivals will encourage young talents to step forward and will also represent the Union Territory through the lens of filmmakers.

"This festival will portray the cultural essence and the real identity of Ladakh through certain films which will increase more tourism. These films will showcase much more than what we see through our eyes which includes the existing society, fragile eco-systems, and unpolluted environment. So I would like to say that if somebody wants to explore Ladakh beyond the mountains, beyond the fence then one should watch these films."The weeklong festival which was organised by several local film societies on social problems and the environment of Ladakh is a way to preserve the culture.

International fame filmmaker Stanzin Dorjai who belongs to Ladakh and whose film 'The Shepherdess of the Glaciers' was screened at the festival said that he was happy to bring his film to his soil. "I am extremely happy to present this story in my hometown and because of this film festival organised by several local organisers, I hope it will encourage new filmmakers to bring different stories from all over the world." (ANI)

TEL AVIV, Israel - The Jewish state is coming under pressure over the growing humanitarian crisis in Gaza, which is ...

Trump companies to be included in Covid-19 bailout package

WASHINGTON, DC - As part of the $2.2 trillion stimulus bill signed into law after it passed the House of ...

In an extraordinary statement titled "On the Political Impasse in Afghanistan," Washington has admitted to the failure of Secretary of ...

Dozens of sailors on board USS Teddy Roosevelt have Covid-19

BEIJING, China - Despite the lockdown in Wuhan scheduled to end on 8 April, China on Friday imposed a ban ...

LONDON, UK - British Prime Minister Boris Johnson has contracted the novel coronavirus, according to a tweet he posted on ...

KANPUR, Uttar Pradesh, India - Several truck drivers, many with goods loaded on their vehicles, have been stuck in Uttar ...

NEW YORK, New York - U.S. stocks were sold off sharply on Friday, despite the House of Represnetatives passing a ...

The coronavirus crisis has turned the fact that we don't make anything in America anymore from a topic for philosophical ...

SYDNEY, Australia - Shares were decidedly mixed across Asia on Friday. In Japan they soared in value. In Australia they ...

BRUSSELS, Belgium - The European Parliament on Thursday evening passed a $40 billion emergency package to help countries and their ...