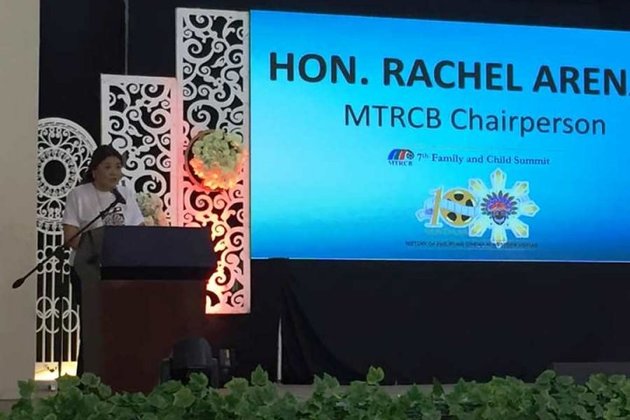 "We are conscious of our bigger commitment to be an instrument in raising awareness of our core values," she said, adding that their role is not merely regulatory but also developmental.

She said that MTRCB can be likened to a parent who is responsible for the value formation of the children.

"One of our duties is to regulate access of the children to age-appropriate TV programs," she said.

She also cited some of the values which can be promoted in television programs and films which are uniquely Filipinos including "utang na loob,""bayanihan,""malasakit,""pagmamano," and the strength of our "faith in God."

"These are so unique to our way of life that there are no literal translations in English of 'utang na loob,' of 'bayanihan,' of 'malasakit,' yet we Filipinos understand them by heart and the practice of which is second nature to us," she said.

Meanwhile, the MTRCB held the 7th Family and Child Summit in Iloilo City, in celebration of the 100 years of Philippine Cinema

The theme for this year's summit is "History of Philippine Cinema in Western Visayas."

The event aimed to recognize the colorful history of Ilonggo Cinema and to reflect on how the Filipino family is depicted in Philippine Cinema throughout the years. (JBG/LTP/PIA-Iloilo)