Second Ashes Test: Day one abandoned due to rain 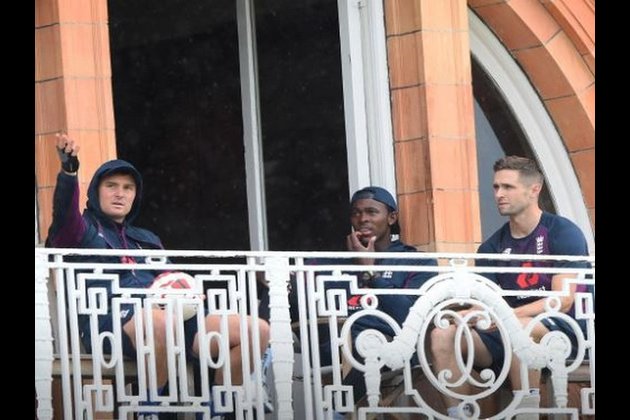 London [UK], Aug 14 (ANI): The first day of the second Ashes Test match between England and Australia got abandoned due to rain here at Lord's on Wednesday.

The match got abandoned without a ball bowled due to persistent rain and the toss also did not take place. As the first day abandoned, the second Ashes Test match will witness a four-day action.

Australia have 1-0 lead over the hosts as they registered a massive 251-run victory over England in the first Ashes Test match played at Edgbaston. Australia batsman Steve Smith scored a century in both the innings to help his side dominate the 2019 World Cup-winners in the match.