China Takes the Lead Once Again! SVOLT is the One to Launch the Cobalt-free Battery Earlier than Tesla

BAODING, CHINA / ACCESSWIRE / May 20, 2020 / Currently, new energy vehicles (NEVs) are developing towards battery electric vehicles (BEVs). Regarding the new generation of automotive batteries, represented by Tesla, automobiles generally focus on breakthroughs in energy density and safety of batteries through the innovation of battery materials and electrochemical systems as well as on a reduction in the dependence on scarce resources such as cobalt. 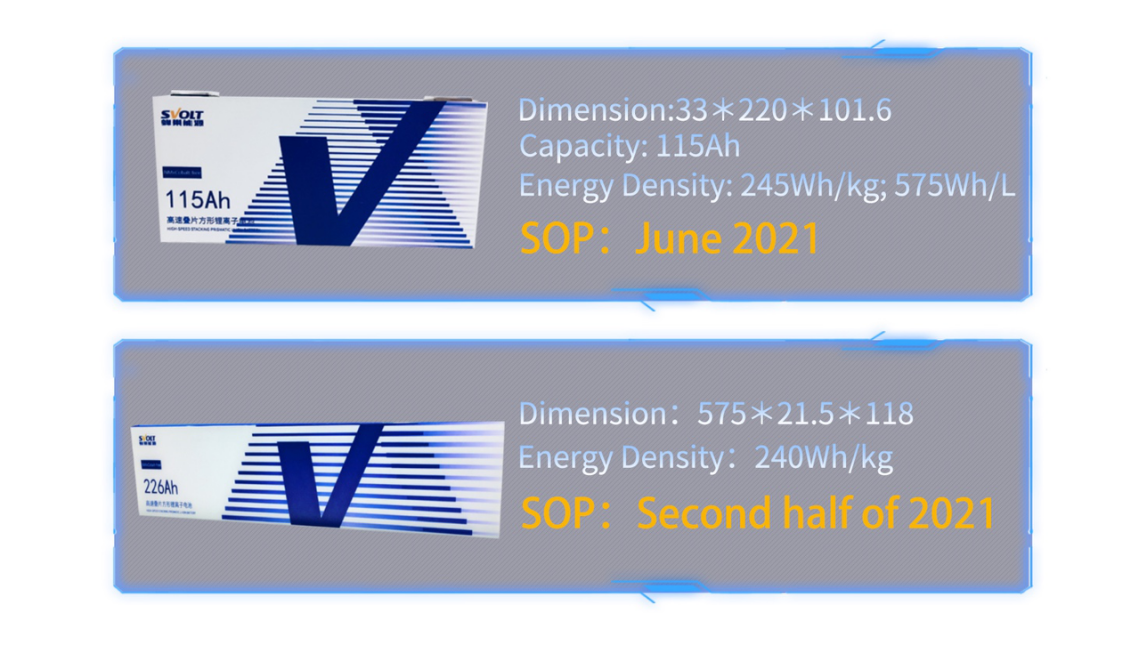 According to Yang Hongxin, President of SVOLT, the newly launched cobalt-free batteries have several core advantages including longer cycle life, better safety and higher energy density. Driven by these characteristics, the next generation of automobiles could fit in a larger battery in a small space while at the same time drastically increase its driving range. As he said, SVOLT's L6 cobalt-free long cell is being adapted to a high-end model of Great Wall Motors. With its matrix PACK design, this vehicle could reach a driving range of 880km. This is comparable with that of ICE vehicles.

If this driving range can truly be realized, SVOLT's cobalt-free batteries would undoubtedly have created a new product category for automotive batteries. It will improve the competitive advantage of BEVs greatly relative to ICE vehicles, eliminate range anxiety of end users about existing BEVs, increase consumers' confidence in choosing BEVs, and speed up the process of replacement of ICE vehicles with BEVs.

SVOLT is a rising automotive battery supplier in China. Starting since 2012, the company has become an independent automotive battery supplier after officially spinning off from Great Wall Motors in 2018. SVOLT is headquartered in Changzhou, Jiangsu Province in China. In September 2019, SVOLT announced its European business development plan called 'SVOLT's Engagement in Europe' during the IAA in Frankfurt. From a global perspective, SVOLT is the first AI prismatic cell manufacturing factory to utilize the 'High-Speed Stacking Technology'. SVOLT strives to produce Automotive-Grade batteries through comprehensive process management and commitments to a global footprint. These measures will enable SVOLT to enter into the automotive battery supplier chain of global OEMs, In February 2020, it has been reported that SVOLT has received a nomination letter on automotive batteries from a large European OEM.

Protesters for and against lockdowns clash in Germany

HAMBURG, Germany - German police clashed with a large crowd of demonstrators who gathered to protest against a sanctioned anti-lockdown ...

How can the United Nations sustainable development goals improve health and education, reduce inequality and spur economic growth while the ...

Trump back playing golf as U.S. returns to 'normal'

Washington D.C. [USA], May 24 (ANI): US President Donald Trump on Saturday was seen golfing at his Virginia club, marking ...

How U.S. led the world in failure to prepare for pandemic

On March 20, just after the World Health Organization (WHO) declared a global pandemic on March 11, the U.S. National ...

How can the United Nations sustainable development goals improve health and education, reduce inequality and spur economic growth while the ...

DUBAI, UAE - The world's largest themed mall which caters for more than 21 million visitors a year has had ...

WASHINGTON, DC May 23 (Xinhua) - The domestic drivers for the Chinese economy are looking much better and Chinese domestic ...