NEW YORK, NY / ACCESSWIRE / June 30, 2020 / Mario Arrizon knows how much hard work it takes to succeed in this world. As a young man growing up in a tough neighborhood of Pacoima, he never had any illusions that success would come easily. Yet the California native has made it his life's mission not only to succeed in business, but to use his success and mindset to inspire others on their own path to entrepreneurship. Now, as the youngest million-dollar earner in a Fortune 1000 company, Mario looks to share his passion, excitement and commitment with the rest of the world. 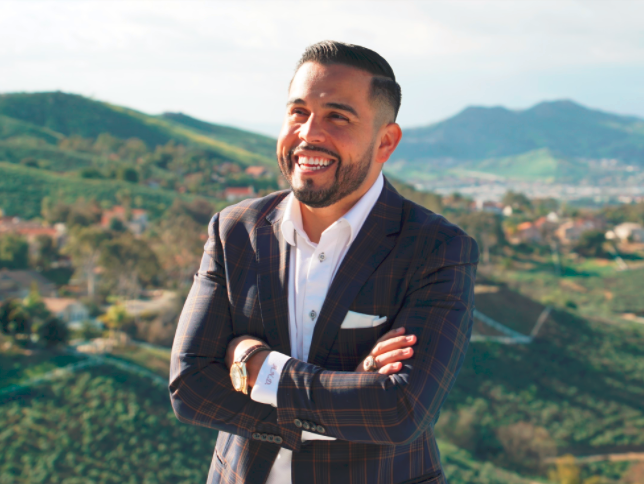 Through his own company, Arrizon Hierarchy, Mario has been able to engage with entrepreneurs all over the world through motivational speaking and other engagements. 'I want to be someone who gives hope and who inspires the masses,' explains Mario. 'I want people to know that it's not about chasing dollars, but instead it's about chasing the impact that can be made not only within people, but also in this world. When you focus on chasing greatness, success will automatically follow and greatness will then chase YOU.' Mario's focus, as he puts it, 'is to build and develop others and add value to them as people; to teach them to multiply the value instilled in them into others.'

Mario's road to success has left him well-equipped to speak on the subjects of impact and wealth. At just 29 years old, he and his wife Franny became the youngest million dollar earners in the 40+ year history of their company. The power-couple worked in tandem to grow their business among diverse families in the United States, all while raising a family of their own. Together, they now run the Arrizon Hierarchy, a family-owned enterprise that allows them to share their hard-fought lessons with the next generation of upcoming entrepreneurs and leaders.

When asked about his early business success, Mario describes the obstacles and hurdles that he and Franny had to overcome: 'Not only did we become the youngest million dollar earners in company history, but we did it while the odds were stacked against us. We didn't have the manpower to achieve such an audacious goal; our team was not ‘big enough' by company standards to accomplish this record in such a short time frame, But our team didn't care about the odds; they saw the vision that I had painted and they bought into it.'

As one of the top salesmen, Mario expanded the company's reach with others along his side, bringing much-needed financial security to hundreds of thousands of individuals and families. The company now covers over half a million families in the United States and was recently added to the Forbes 1000 list. Mario now looks to help other entrepreneurs build their own careers in their industry and within their own companies by sharing his experiences and lessons with them. He does this both through regular speaking tours and through social media, where the Arrizon Hierarchy commands an influential presence.

Whether speaking in front of a crowd or running his own businesses, Mario is able to draw on his tough upbringing for both inspiration and drive. The son of a young single mother, Mario knew from an early age what it was like to fight for his future. 'We were very poor,' recalls Mario. 'I saw how hard it was for my family and I wanted something different for my life - I just didn't know what, or how I would be about to get it.'

Even when he landed his first job in finance, Mario struggled to compete: 'One of the biggest obstacles I faced in my industry was my age. Being in financial services at the age of 19 was a huge disadvantage. I was so young in an industry that is saturated and dominated by middle aged experienced men and women. I knew that I only had about 30 seconds once I started talking to capture or impress any potential clients or business associates.'

Yet Mario learned early on in life how to turn these disadvantages into the motivation for his insane work ethic and success he would achieve later in life. In the beginning of his career, Mario had to prove not only to his clients, but also to his family that he had the skills and drive to get the job done. Oftentimes, family members would dismiss his passion as craziness or an unhealthy obsession, but Mario knew that only through non-stop involvement with his career would he finally be able to not only prove himself, but also get ahead.

Mario is the first to admit that his enthusiasm initially put some people off, including his family. 'They would make me feel bad and guilty because I was so laser beam focused; they thought I was brainwashed,' Mario explains. 'I was so sick and tired of seeing my family struggle, of me struggling - that I knew someone had to change it, and that someone was me. So even though my family was not on board with me, nor were they supportive, I knew I had to do it for them. There was absolutely no way I could fail; it was not an option, there was no plan B. I was either going to get this done or I was going to die trying.

By now, Mario is able to look back on this period of his life and attribute it to his journey on his road to success. Nevertheless, the impact it had on him has lasted up until today. You can see and hear his enthusiasm for success through his speeches, though his business, and even through his posts on Instagram. Mario's drive and passion for personal success are only eclipsed by his motivation to help others along the way. He can now look back and say honestly that he has helped not only himself, but also his family, wife, and countless other leaders achieve their own potential in the process.

ABU DHABI, UAE - A phone call by U.S. President Donald Trump clinched what is being described as an 'historic ...

The catastrophic blast which led to the deaths of more than 200 in Beirut on 4 August, has prompted more ...

PERTH, Western Australia - A 28-year-old man was scheduled to appear in Perth Magistrate's Court on Friday over allegations he ...

NEW YORK CITY, New York - A man who was arrested as he was about to board a plane at ...

BEIRUT, Lebanon - The World Food Programme (WFP) is racing to prevent food shortages in Lebanon as the country continues ...

Rush, but not race, to develop coronavirus vaccine

Mixed day on Wall Street, Dow the only gainer

NEW YORK, New York - U.S. stocks meandered in and out of positive territory on Friday and ended up with ...

Companies from China seek to list in U.S. despite trade tensions

SYDNEY, Australia - Stocks in Asia were on the rise on Friday, while the U.S. dollar was mixed. Only the ...

Fears mount over last weeks of Trump presidency if he loses

What could happen to America if Trump were to further, severely crash the U.S. economy the day after Joe Biden ...