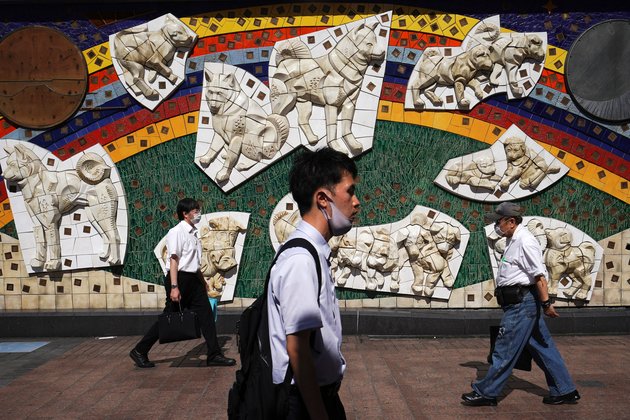 Tokyo governor Yuriko Koike told reporters that many of the recent infections involved people in their 20s and 30s and were linked to nightlife establishments.

She urged workers to get tested for the coronavirus and called on residents to refrain from visiting Tokyo's nightlife district and remain cautious of spreading the virus.

She said no one wants to go back to closing businesses and asked everyone to cooperate.

Government officials have acknowledged that the number of cases is on the rise, but stress that many of them were diagnosed because of expanded testing among workers in Tokyo's entertainment district.

On May 2, Tokyo reported 154 new cases, the last time the city saw more than 100 new cases in a day, Japan lifted a seven-week state of emergency in late May.

Chief Cabinet Secretary Yoshihide Suga Wednesday said the situation did not immediately require a reinstatement of requests for business closures or travel restrictions but warned that another state of emergency was a possibility if the situation deteriorated.