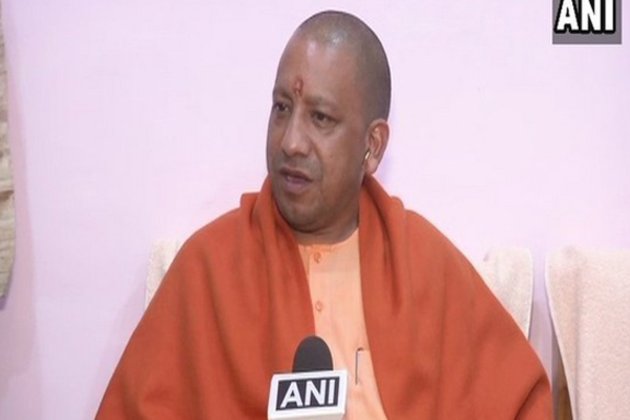 "Respected Prime Minister Narendra Modi has aimed to make India a five trillion dollar economy. In a bid to help the country achieve this goal, Uttar Pradesh is also targetting to become a one trillion dollar economy. With the help of the industrial sector, we will surely achieve this goal," Adityanath wrote on Twitter (roughly translated from Hindi).

Announcing that Uttar Pradesh has secured the second position in the country in 'Ease of Doing Business', the Chief Minister said that it has been an outcome of the sustained efforts of the state government during the last three years.

The Chief Minister was presiding over a meeting of the High-Level Empowered Committee of 'Invest UP', formerly known as 'Udyog Bandhu' also attended by State Cabinet Minister Siddharth Nath Singh, Infrastructure and Industrial Development Commissioner of UP, Alok Tandon an others.

Adityanath called upon the industrialists, entrepreneurs, and investors to come to the state for investment saying that "now Uttar Pradesh is the idea whose time has come." He said that his government has come a long way in transforming the state into an investor-friendly place conducive to industrialisation with some proactive measures firmly in place.

"The state has strived to develop infrastructure in terms of power, road, communication, transport beside strong law and order to such an extent that it is now on the path of releasing its much-cherished dream of attaining one trillion economy status in the country while contributing to the country's five trillion dollar economy target set by Prime Minister Narendra Modi," Adityanath said.

According to an official statement, out of the Memorandums of Understanding (MoUs) worth Rs 4.28 lakh crore, signed during the 'Uttar Pradesh Investors Summit -2018', the MoUs worth Rs 2 lakh crores have already come on the ground.

"In addition to this, the Uttar Pradesh government has received over 50 investment proposals worth over Rs 7,000 crore from the investors of about ten countries which include Japan, United States, UK, Canada, Germany, and South Korea who want to shift their units from there to Uttar Pradesh," the statement said.

Adityanath said that defence, aerospace, warehousing, data centres, electrical vehicles, and pharma sector are some of the emerging investment centres in Uttar Pradesh.

"The state government's ambitious project of defence corridor has potentially promised an investment of Rs 50000 crore in next two years and offers a good investment opportunity, he said while adding that the revised MSME policy and start-up policy has already given impetus to the growth potential of the state," the statement said.

He said the traditional areas like electronics, IT, food processing, dairy, textiles, tourism, and films are still the fancied investment destination while solar power, bio-fuel, and civil aviation are joining these as potential investment hubs.

Talking about infrastructure development, Adityanath said that Uttar Pradesh is going to have a huge network of expressways that will criss-cross the entire country.

"In the infrastructure, the proposed Jewar international airport in Noida will be the biggest in North India. Besides, the Kushinagar airport is also coming up which will cater to eastern UP a great deal. Besides, Noida will be developed as the biggest hub of Northern India," he added. (ANI)

WASHINGTON, DC - With just a few days until voters cast the last ballots in the U.S. presidential election, the ...