Saqib Wani, a youth from Srinagar making it big in showbiz 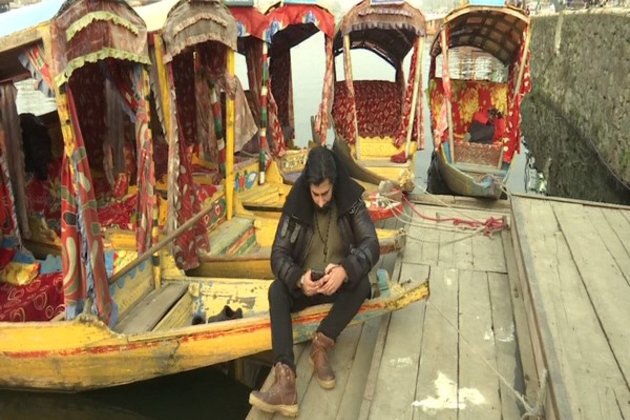 Srinagar (Jammu and Kashmir) [India], December 2 (ANI): Despite all odds, Saqib Wani, a youth from Srinagar is making it big in showbiz. Wani, an MBA holder from Srinagar left a secure career to pursue his dream of acting and with his constant efforts, he got a big break in Shahrukh Khan's Red Chillies Entertainment 'Bard of Blood'.

Hailing from Srinagar's Tankipora, Wani talked about his journey of embracing his dream of becoming an actor.

"I have starred in many television shows but Bard of Blood was one movie which is the major highlight of my career," Wani told ANI.

Wani started his acting career as a child artist from Doordarshan in 1998 and after that he joined the theatre in Delhi to craft the skill of acting through workshops under the supervision of legends like Naseer-ud-din Shah, Vijay Raaz, late Irfan khan and Om Puri, to adopt the art of method acting.

"My mother was the biggest source of inspiration for my journey of acting, However, my father always wanted me to have a secure job, but it was my mother who always motivated me to pursue my dream," he said.

With hard work and perseverance, Wani achieved a lot of things. He starred in the show UDAAN on a leading television channel Colours. Wani's song shot in Kashmir titled 'Lolan', which was recently launched on Zee Music became very popular. Wani is getting good responses from different corners of Bollywood in Mumbai.

"I follow Dilip Kumar, a legendary actor. I have learnt method acting by seeing his work. I am working on many projects in Mumbai. I am also working on several projects in Kashmir as well. There is a lot of potential in cinematography, singing, etc in Kashmir Valley," he added.

"I want to promote the culture of Kashmir through my songs at a global level," he added.

"A lot of producers have signed me for their movies. Many songs are also going to come in which you are going to see me," he stated. (ANI)