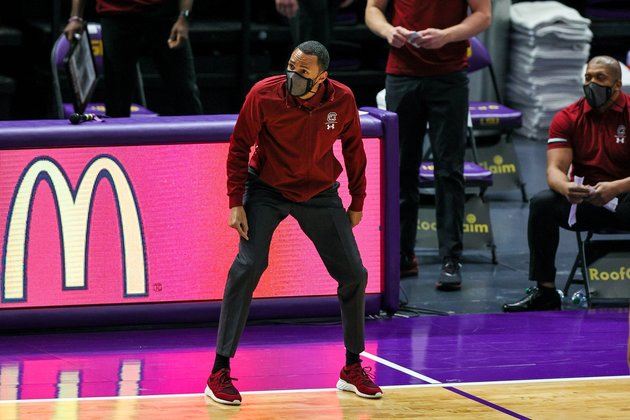 Maryland assistant coach Bruce Shingler has been suspended for 30 days by the school in the aftermath of a prostitution arrest three months ago.

Maryland announced the suspension of Shingler on Wednesday night without an explanation. Media outlets Thursday then reported Shingler's arrest on Oct. 14 -- two counts of soliciting prostitution.

Maryland would not say when it found out about the arrest, nor would the school say if it was a paid or unpaid suspension. It said only that Shingler was suspended for "a violation of his employment agreement."

Shingler, 40, is in his first year as an assistant on Maryland's staff, having been hired last offseason from South Carolina on a one-year contract by then-head coach Mark Turgeon. Turgeon resigned abruptly eight games into the season and was replaced by assistant Danny Manning on an interim basis.

The suspension leaves Maryland with two assistant coaches -- Matt Brady and Greg Manning Jr., who was director of operations when the season started.

President Biden and the Democrats were highly critical of President Trump's foreign policy, so it was reasonable to expect that ...

AL-ULA, Saudi Arabia: Shedding light on the lives of the ancient inhabitants of Arabia, archaeologists from the University of Western ...

DUBLIN, Ireland - A father and mother who sexually molested their children and permitted them to be raped and abused ...

Number of births in China lowest ever

BEIJING, China: On Monday, statistics showed Mainland China's birth rate has dropped to a record low of 7.52 births per ...

5G cellular could be 'catastrophic' in aviation: US airline officials

CHICAGO, Illinois: According to U.S. airline officials, the introduction of a new 5G service could cause U.S. air traffic to ...

LONDON, England: The British Broadcasting Corporation (BBC) faces a major financial setback following a recent announcement by the government to ...

DUBAI, UAE: Auction house Sotheby's Dubai will sell a black 555.55-carat diamond believed to be from outer space, known as ...

At $534 million, Rome's Villa Aurora highest price ever at auction

ROME, Italy: Villa Aurora, a villa for sale in Rome with a starting price of $534 million, was expected to ...

Buyers warm to Asian stocks, major indices advance across the board

SYDNEY, NSW, Australia - Stocks in Asia were on the boil on Thursday with the major indices across the region ...

LISTIKOT, Nepal Traders importing goods from China complain about the delayed shipments by Chinese authorities. The shipments supposed to reach ...

Tesla looks to Mozambique to replace China for minerals

AUSTIN, TEXAS: In a first-of-its-kind deal aimed at reducing its dependence on China for graphite, Tesla is turning to Mozambique ...

Beasts of No Nation