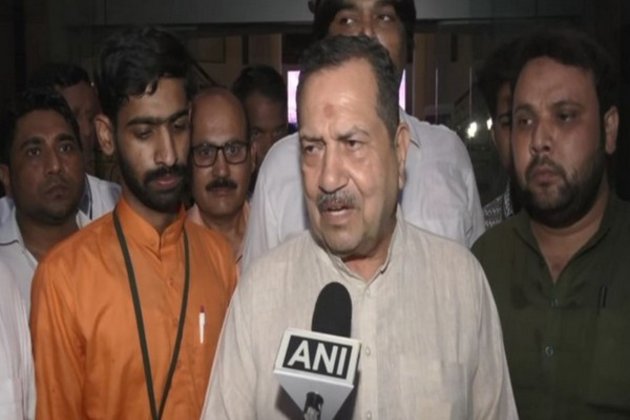 The remarks of the RSS leader came in response to Kerala Congress MP Kodikunnil Suresh's demand to ban RSS after the PFI was banned by the Centre.

"We demand a ban on the RSS as well. The ban on PFI is not the remedy as RSS is also spreading Hindu communalism throughout the country," K Suresh had said earlier today.

Speaking to ANI on the issue, Kumar said, "The demand for banning RSS and linking it with PFI is completely unconstitutional, undemocratic and inhuman and is also against the country's honour.""Whenever somebody has raised fingers at the RSS, it has gone in vain. The tunes of the Left and Congress are similar to the ones that were responsible for the division of the country. Congress can never wash off this sin by hurling abuses at RSS. Their sin will always be there with them," he added.

Laying down the instances in the past when RSS was banned by the then Congress governments, Kumar said that the party had to face defeat every single time it attempted to do so and the organisation emerged as a "protector of democracy" thereafter.

"Congress had banned RSS in 1948 alleging its involvement in the killing of Mahatma Gandhi, but they could not prove anything. They ultimately had to remove the ban. Indira Gandhi had imposed an emergency in the country and banned RSS, but she had to remove the ban, with which her dictatorship also came to an end. RSS has emerged as the protector of democracy. Congress once again banned the RSS after the illegal structure on the Ram Mandir janmabhumi was demolished. But they had to face defeat," he said.

"Neither Hindu nor Hindutva can be communal. The whole world knows and believes that Hindu and Hindutva are only universally respected and accepted," Kumar added.

The RSS leader welcomed the ban on PFI and said that the outfit resorted to violence and therefore it was "necessary to ban it".

"PFI is an anti-national organisation which resorts to violence. It was necessary to ban it. It was a long-pending demand which the Centre has fulfilled. The government should teach such a lesson that terrorism gets effaced from India," he said.

The Ministry of Home Affairs (MHA) on Tuesday night made the announcement through a notification declaring "the PFI and its associates or affiliates or fronts as an unlawful association with immediate effect".

As per the notification, the Central government declared PFI and its associates or affiliates or the fronts as 'unlawful organisations' in the exercise of the powers conferred by sub-section (1) of section 3 of the Unlawful Activities (Prevention) Act. 1967 (37 of 1967) and banned the organisations under section 4 of the UAPA. (ANI)