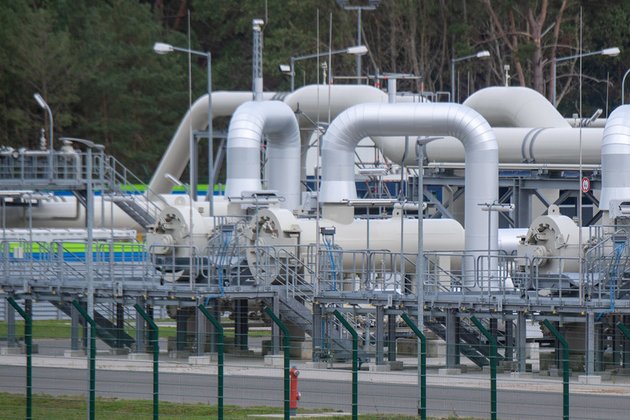 The damaged Russian gas pipelines will run out of gas by the end of the week, a Danish official has said

More than half of all of the gas contained in the Nord Stream 1 and Nord Stream 2 pipelines has spilled out, the head of the Danish Energy Agency, Kristoffer Boettzauw, told journalists on Wednesday. The pipelines suffered a leak on Monday following what many officials suspect to have been a deliberate attack.

Gas will keep leaving the pipes until at least the end of the week, Boettzauw said, speaking about a future investigation into the incident. Only after the pipes run out of gas can the Danish authorities "try to get out and investigate what the cause is, and approach the pipes," he added.

The ongoing emissions are not poisonous, the nation's specialists said, according to the media. Denmark's energy agency also said that the leaks could discharge an equivalent of one third of Denmark's total annual greenhouse emissions. The pipelines' operators told the Danish authorities that the damaged pipes contained a total of 778 million standard cubic meters of natural gas.

Earlier, the German media warned that the pipes could be rendered permanently inoperable if the damage was not repaired before sea water got into the pipes and corroded them.

German gas pipeline grid company Gasunie Deutschland said the damage could be repaired. "There are good teams in place to handle pipeline accidents, there are emergency pipe inventories and experts for onshore and offshore," its managing director, Jens Schumann, told Reuters, adding that he was "relatively optimistic" about the prospect of repair work.

The pipelines were damaged in the international waters of the Swedish and Danish exclusive economic zones, the Danish energy agency said. In Sweden, the investigation of the incidents was taken over by the national security service (SAPO) since it "may be a serious crime that may at least partially be directed against Swedish interests," the agency said in a statement.

SAPO classified the incident as "gross sabotage" and said that it did not rule out the idea that "a foreign power is behind it."

Danish authorities discovered a gas leak on the Russian gas pipelines near the island of Bornholm in the Baltic Sea after the pipeline operator reported the loss of pressure in the pipelines on Monday.

Swedish and Danish authorities later said there was a series of underwater explosions. Russian, American, and Swedish officials then named a targeted attack as the potential cause of the pipeline leaks. No side has officially named any suspects in this incident. Moscow branded it a "terrorist attack" and said it would summon a UN Security Council meeting over the issue.