Calorie reduction can be more effective for weight loss than intermittent fasting: Study 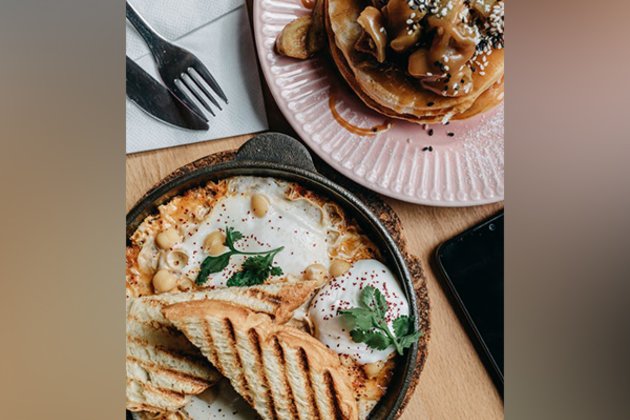 Washington [US], January 21 (ANI): The number and quantity of meals were more important predictors of weight gain or reduction than the interval between meals, according to recent research.

According to the senior study author Wendy L. Bennett, M.D., M.P.H., an associate professor of medicine at Johns Hopkins University School of Medicine in Baltimore, although 'time-restricted eating patterns' - known as intermittent fasting - are popular, rigorously designed studies have not yet determined whether limiting the total eating window during the day helps to control weight.

This study evaluated the association between time from the first meal to the last meal with weight change. Nearly 550 adults (18 years old or older) from three health systems in Maryland and Pennsylvania with electronic health records were enrolled in the study. Participants had at least one weight and height measurement registered in the two years prior to the study's enrollment period (Feb.-July 2019).

Overall, most participants (80 per cent) reported they were white adults; 12 per cent self-reported as Black adults; and about 3 per cent self-identified as Asian adults. Most participants reported having a college education or higher; the average age was 51 years; and the average body mass index was 30.8, which is considered obese. The average follow-up time for weight recorded in the electronic health record was 6.3 years.

Participants with a higher body mass index at enrollment were more likely to be Black adults, older, have Type 2 diabetes or high blood pressure, have a lower education level, exercise less, eat fewer fruits and vegetables, have a longer duration from last mealtime to sleep and a shorter duration from first to last meal, compared to the adults who had a lower body mass index.

The research team created a mobile application, Daily24, for participants to catalog sleeping, eating and wake-up time for each 24-hour window in real-time. Emails, text messages and in-app notifications encouraged participants to use the app as much as possible during the first month and again during "power weeks" -- one week per month for the six-month intervention portion of the study.

Based on the timing of sleeping and eating each day recorded in the mobile app, researchers were able to measure:the time from the first meal to the last meal each day;the time lapse from waking to first meal; andthe interval from the last meal to sleep.

They calculated an average for all data from completed days for each participant.

The data analysis found:Meal timing was not associated with weight change during the six-year follow-up period. This includes the interval from first to last meal, from waking up to eating a first meal, from eating the last meal to going to sleep and total sleep duration.

The study did not detect an association between meal timing and weight change in a population with a wide range of body weights.

As reported by Bennett, even though prior studies have suggested intermittent fasting may improve the body's rhythms and regulate metabolism, this study in a large group with a wide range of body weights did not detect this link. Large-scale, rigorous clinical trials of intermittent fasting on long-term weight change are extremely difficult to conduct; however, even short-term intervention studies may be valuable to help guide future recommendations.

Although the study found that meal frequency and total calorie intake were stronger risk factors for weight change than meal timing, the findings could not prove direct cause and effect, according to lead study author Di Zhao, PhD, an associate scientist in the division of cardiovascular and clinical epidemiology at Johns Hopkins Bloomberg School of Public Health.

Researchers note there are limitations to the study since they did not evaluate the complex interactions of timing and frequency of eating. Additionally, since the study is observational in nature, the authors were unable to conclude cause and effect. Future studies should work toward including a more diverse population since the majority of the study's participants were well-educated white women in the mid-Atlantic region of the U.S., the authors noted author.

Researchers also were not able to determine the intentionality of weight loss among study participants prior to their enrollment and could not rule out the additional variable of any preexisting health conditions.

According to the American Heart Association's 2022 statistics, 40 per cent of adults in the U.S. are obese; and the Association's current diet and lifestyle recommendations to reduce cardiovascular disease risk include limiting overall calorie intake, eating healthy foods and increasing physical activity.

The 2017 American Heart Association scientific statement: Meal Timing and Frequency: Implications for Cardiovascular Disease Prevention did not offer a clear preference for frequent small meals or intermittent fasting. It noted that irregular patterns of total caloric intake appear to be less favourable for the maintenance of body weight and optimal cardiovascular health. And, altering meal frequency may not be useful for decreasing body weight or improving traditional cardiometabolic risk factors. (ANI)

EAST PALESTINE, Ohio: After a freight train carrying hazardous chemicals derailed in Ohio near the Pennsylvania state line on February ...

Rescue teams in Turkey and Syria continue the search for survivors of the catastrophic earthquake that hit the region on ...

US weighs ending protection of bears at Yellowstone, Glacier Park

WASHINGTON D.C.: The Biden administration has indicated that it could end federal protection for grizzly bears in the northern Rocky ...

Philippines hands over four more military bases to US

While friends and foes rush to Syria's aid, U.S. refuses to help

WASHINGTON, DC - The global community has extended aid to Turkey and Syria following the devastating earthquakes that hit the ...

WASHINGTON D.C.: US lawmakers have called on the Department of Energy to release documents detailing attempts by Russian hackers to ...

Honda sends out 'Do Not Drive' warning for 8,200 US vehicles

TORRANCE, California: Due to un-repaired Takata air bag inflators that can explode and unleash potentially deadly metal shrapnel inside vehicles, ...

CAPE CANAVERAL, Florida: In a tweet this weekend, Elon Musk said that SpaceX may attempt a Starship rocket system launch ...

LONDON, England: The Society of Motor Manufacturers and Traders has reported that new car registrations in the UK rose for ...

TAIPEI, Taiwan: After the end of COVID-19 disruptions in China, Taiwan's Foxconn, the world's largest contract electronics maker and major ...