"They're easy to work with": James Gunn's flashy response to criticism of casting Marvel actors in DC film 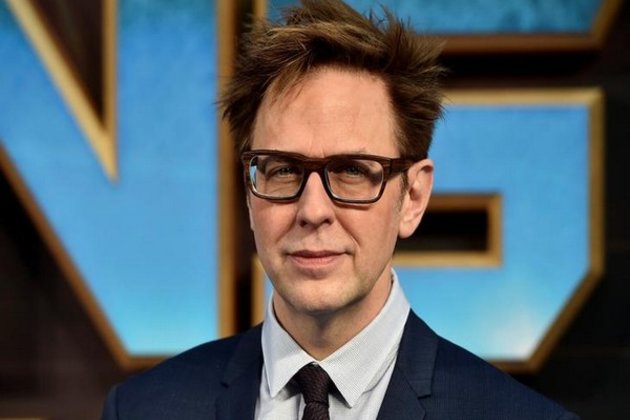 Washington [US], January 24 (ANI): The new era of the DC Universe is being led by James Gunn and Peter Safran, and it has already made a lot of buzz. Some fans are hoping the Guardians of the Galaxy director doesn't bring Marvel stars into the new DC flicks because he has a reputation for having a close relationship with the actors he works with.

A fan on Twitter mentioned Gunn in a tweet asking him not to "encourage" his Guardians cast to "follow" him to DCU suggesting to "find fresh actors that can craft brilliant characters and forge new memories for audiences."Gunn clarified and provided details about the casting for the movies he's going on in his response to that tweet.

"We have hundreds of roles to cast. As I've always done, some will be brand new faces, some will be actors I've worked with before,some will be actors you know who I've never worked with," Gunn tweeted. "What matters most is the actor fits the rolethey're easy to work with."According to Deadline, a US-based news outlet, Gunn stated on social media in December that Superman was "a huge priority" in the upcoming DC Universe. With that revelation, he also said that Henry Cavill will not be taking on the Man of Steel role again since a film starring a younger version of the superhero was being written.

"In the initial stages, our story will be focusing on an earlier part of Superman's life, so the character will not be played by Henry Cavill," he tweeted. "But we just had a great meeting with Henry and we're big fans and we talked about a number of exciting possibilities to work together in the future."Gunn also hinted that he might reveal part of the upcoming DC slate at the end of the month. (ANI)

MOSCOW, Russia: Russian state-run TASS news agency has reported that a US woman was detained and fined by a Russian ...

ISLAMABAD, Pakistan - Former President General (retd) Pervez Musharraf died in a Dubai hospital on Sunday at the age of ...

Up to 2,000 Israelis to be housed in new town on Gaza border

JERUSALEM - Israel on Sunday announced plans to build a new town on the Gaza border .The town, temporarily named ...

US cancels over 1,800 flights due to ice storm

CHICAGO, Illinois: After an ice storm ravaged states from Texas to West Virginia, this week, airlines canceled over 1,800 flights ...

PRAGUE, Czech Republic: Ahead of her visit to Taipei, Marketa Pekarova Adamova, Speaker of the Czech Lower House, reiterated to ...

PARIS, France: Following an 18 month controversy that exposed the workings of the global jet market, Airbus and Qatar Airways ...

At US urging, Japan to stop exporting chip technology to China

TOKYO, Japan: Japan is preparing to revise legislation to allow it to restrict the export of advanced semiconductor manufacturing equipment ...

TOKYO, Japan: Honda has announced that it will manufacture a new hydrogen fuel cell system, which was jointly developed with ...

As prices of EVs fall, manufacturer Rivian to reduce workforce by 6%

IRVINE, California: In an effort to cut costs in preparation for an industry-wide price war, electric vehicle manufacturer Rivian Automotive, ...

SANTA CLARA, California: One week after Intel forecasted lower-than-expected sales caused by a loss of market share to rivals and ...